U.S. suicide rates have skyrocketed in recent years, increasing 30 percent from 2000 to 2016. Suicide is now the 10th leading cause of death nationally and the 2nd for people aged 10-35.

The crisis is especially acute for veterans.

On average, 20 veterans die by suicide each day. That’s 1.5 times the rate for non-veteran adults, according to the U.S. Department of Veterans Affairs, Office of Mental Health and Suicide Prevention.

In sprawling Los Angeles County – where a fragmented healthcare system does its best to support the largest veteran population in the U.S. – an innovative, community-based suicide prevention effort is taking shape that many here hope will become a national model. 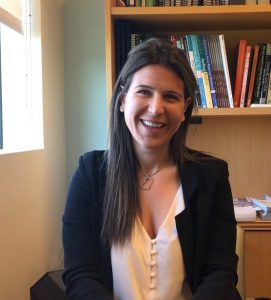 In January, the Los Angeles County Department of Mental Health (LACDMH) launched a joint program with the West Los Angeles VA Medical Center to identify and track veterans at high-risk for suicidality.

“The intent of the collaboration is to utilize a comprehensive, public health approach to suicide prevention,” said Dr. Sharon Birman, Chief of Suicide Prevention at the West LA VA.

“No other county in the U.S. has a full-time liaison working directly with the VA,” Dr. Birman said. “Working with community partners to ensure we are most effectively supporting our veterans’ unique needs is a collective priority and a huge shift in approach,” she said.

The goal is to save lives, and change is urgently needed.

“The nature of war is changing – a higher tempo and more frequent deployments,” Dr. Birman said. “We’re still seeing the after-effects, especially in the initial year after separation from service.”

Critically, only 30 percent of veterans who end their lives by suicide have recently received healthcare services from the VA – so community involvement is a vital component. 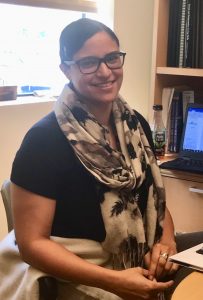 “Part of veterans’ frustration is that they have to jump through so many hoops navigating an overly complex system to get basic services and benefits,” Zenner said.

While he and Dr. Birman created the program together, she credits Zenner’s passion for supporting at-risk veterans and his willingness to prioritize suicide prevention as the key difference maker.

“The real innovation is LA County’s openness to support people in their time of need and quickly get them the best possible care,” Zenner said.

“If you come into our system, we’ll immediately coordinate with the VA and hundreds of VSOs countywide to find that solution fast,” he said.

For her part, Thomas is excited to make a difference.

“As someone who comes from a military background, I am honored to be part of a vanguard program for collaborative suicide prevention and I’m excited about the comprehensive and holistic approach to care that VPAN provides for veterans and their families,” Thomas said.